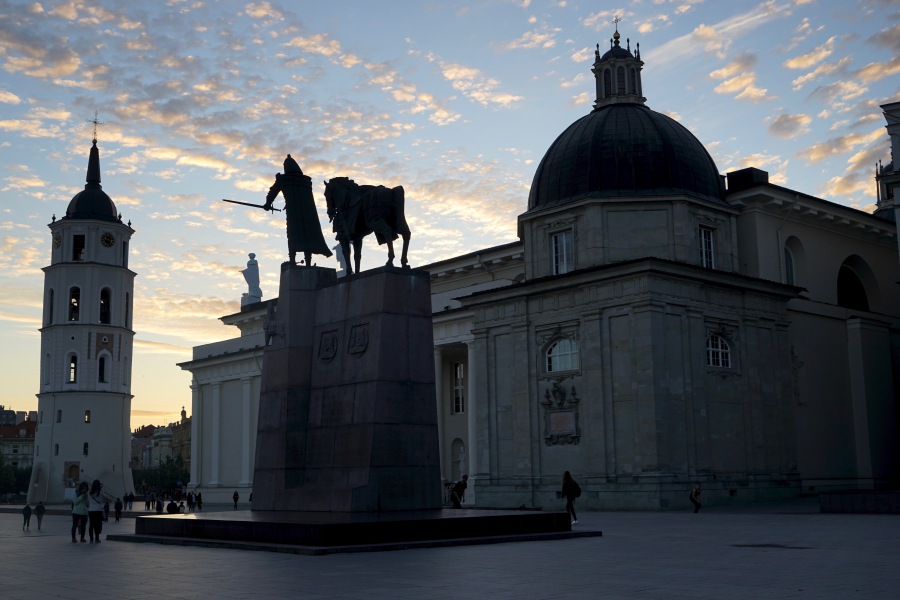 Ahhh Vilni… I look back so fondly on you. Mostly because I met some amazing people. I’ve realized when I travel, it’s about the experiences that I have within the cities that make them the most memorable. Sure, sometimes the architecture is outstanding or the food is delicious, but it’s when you have interactions with locals (or travelers like yourself) that really turn a place into a memory.But first… let’s talk about Vilni. She’s a babushka. Small, tough, wrinkled, resilient, beautiful, and hard to capture in a photo. The old city town was my first introduction into Lithuania, and I had no expectations. The only thing I knew about Lithuania was that it was a part of the Soviet Union. #unprepared

Our hotel was right in the middle of old town, which is exactly what you’d expect an old town to be: walkable cobblestone streets, narrow alleyways with courtyards that connect neighborhoods, a main pedestrian street with cute shops and artists lurking by their masterpieces and waiting for a sale. It has also managed to cram somewhere between 30-35 churches into its tiny area. As is now become our custom, our first stop was up a hill to the Three Crosses to get an idea of what we were getting ourselves into.

That church looks cool. So does that church. Oh and that building is pretty too. Time to explore! 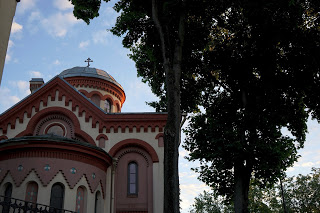 That was all in a short evening! The next day was when the real fun began. We did yet another free walking tour, where our tour guide was a Lithuanian named Raminta, or Rami for us foreigners. This tour was riddled with fun stories, so I wanted to break them out for you.

He visited Lithuania on November 23, 2002 and said

Anyone who would choose Lithuania as an enemy has also made an enemy of the United States of America.

Now when this happened, Lithuanians were super proud. So proud in fact that they immediately ordered a plaque to memorialize this moment forever.

They kept the plaque anyway.

Fun Fact #2: They have three religions: Catholicism, basketball, and beer

So that’s why they have so many churches. Erm, actually no. Lithuanians are dedicated Chreasters. Funny story though. Their strong ties to Poland, which is church-every-Sunday Catholic, came in and tried to convert everyone. And to do that they decided to go about changing the names of the people to biblical names. One guy decided to name all the men in one village “John” and all the women in the village “Maria.” Confusing much?

Their practical religion is basketball. If you want to strike up a conversation with any Lithuanian, just start talking basketball and they won’t shut up. Apparently they were 4th in the last Olympics and are still upset about it.

They also maintain that they make the *best* craft beer. They also recognize that every other country in Europe makes the same claim. My parents did say it’s pretty good though.

Fun Fact #3: The oldest church in Vilnius was converted into a Museum of Atheism.
They changed it back to a church in 1991 so it’s all good right?
Fun Fact #4: Former mayor of Vilnius now serves as Uber driver. He’s also YouTube famous.
He really hates illegally parked cars, especially when they are in bike lanes. So he drove a tank over his pretty Mercedes, and put a video up on YouTube. It has over 4 million views.
Fun Fact #5: They have a district that has declared independence. Like with a flag and a constitution and an army.
My favorite place in allll of Vilni is Uzupis, also known as Vilni’s hipster grandson. Uzu is a UNESCO World Heritage site and is the artist district of the city. It’s 148 acres and home to 7,000 residents. This used to be one of the neglected areas in the city and became artists’ home during Soviet times. In 1997, residents decided they were too big for their britches and declared independence (officially recognized by no one). With a flag, currency, president, army, cabinet of ministers, a constitution, and an April 1st independence day.
Known as “the Republic”, Uzu is filled with adorable anecdotes like their “army” consists of approximately 12 school children who check your passport on their independence day before they let you in. The tongue-in-cheek border crossing sign lists the four rules all who enter must abide by:

Best part is the story of this fountain in the square. It’s old, so it’s always broken except for one day of the year. April 1! For one hour on that day, you can get free beer from it. Because that’s the best way to celebrate your independence. 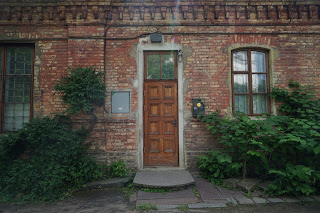 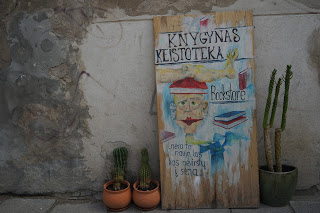 Time to sober yourself up for a history lesson. While the city today boasts a number of silly traditions, there are grim realities etched into it as well. Much of it sings to the same tune as Warsaw’s story. Here in Vilnius, instead of a tour on its dark past, we walked through the former KGB headquarters, turned into a museum dedicated to the genocide victims.

This museum is held in the same house where over a thousand prisoners were tortured and killed. The home was also the home to the Gestapo, Polish occupiers, and Tsarist judiciary. Pretty much all the people who decided the fate of Lithuania. This museum focused on the 50-year occupation of Lithuania by the Soviet Union including the period where the Nazis took control.
However, the museum focused on the story of the resistance. While most resistance stories are months, weeks, or just a few years long, Lithuanians stood their ground against all odds against its cruel master for over eight years. Lithuanians have a profound allegiance to their homeland. The stories of those resistance fighters and the words prove the fierce fight deep within these people.

When I asked Rami what makes a Lithuanian proud to be Lithuanian, she told me it was that they were the first state to be independent from the Soviet Union. Their passion for their homeland and their desire for independence is what defines the country.
Vilnius was the perfect introduction into my time in Lithuania. It gave me both sides of the coin. It even gave me another side I didn’t expect…While my parents got ready for bed, I joined in on the best pub crawl of my life. Hosted by a local organization, I met some amazing friends, mostly German (heyooo), some Portugese, and a lone Finn. Shout out goes to my two new German sisters, Maria and Kerstin, who danced all night long with me and gave me all the girl talk I had been missing. I can’t wait until I see those two crazy wonderful humans again. 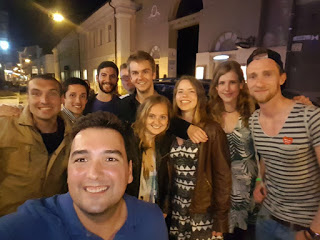 This ones for all of you and one great night. Į sveikatą!!