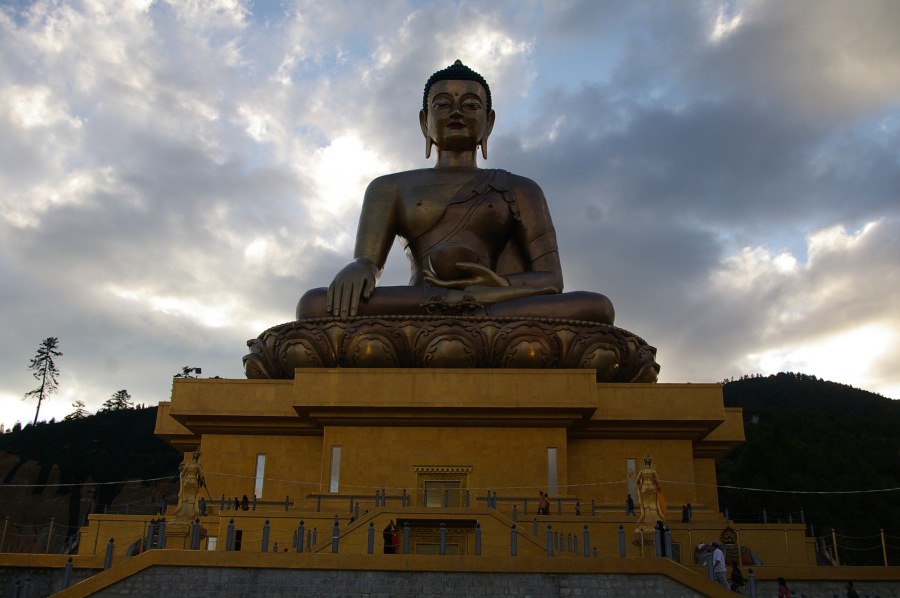 October 20, 2015
Currently: Sitting in bed at a farmhouse after a long day’s drive to Central Bhutan

Bhutan has stolen my heart. It’s going to be incredibly difficult to describe (I think I say that too much!) but I’m going to try my best! And cheat by using lots of pictures. Almost everyone on the trip chose the Kolkata – Kathmandu trip specifically for this country. We entered Bhutan and immediately there was a noticeable change. No more obscene horn honking, no more stress, no more staring. Okay, there was still staring. But it wasn’t an intrusive stare, but a curious friendly one. The people didn’t make a spectacle of foreigners’ presences. They just go about their daily routine. The landscape also drastically changes. Bhutan lies solely within the confines of the Himalayans while India lies at the edge of the plains. The country is pretty small, home to just 700,000 people. Even though its square mileage isn’t big, the infrastructure leaves something to be desired. And with Daisy (yes, we name our truck)… well she tends to take up the entire road. We spent one night in Phuntsholing before heading straight to Thimphu, the capital. Thimphu can only be pronounced a big town with lots of sideways alleys and hidden passages. Fun fact: all medical expenses are free. For everyone. Including foreigners. WHAT?! The Brits kept laughing at me when I tried to pay for my medication. We Americans aren’t used to this idea of “free healthcare” quite yet.

Our full day tour in Thimphu with our local guide, Pema, included:


Changangkha Lhakhang (say that five times fast. or even just once) – temple where parents visit to receive names of their newborns from the deity Tamdrin 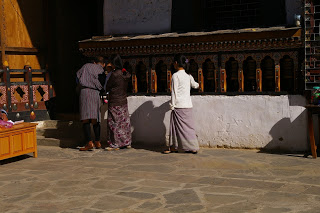 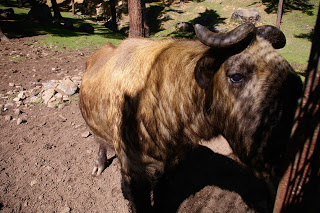 The Royal Fortress (next few pictures) 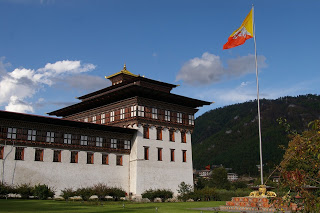 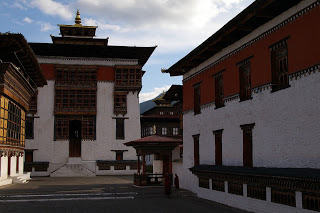 Buddha Dordenma – the largest sitting Buddha statue in the world sitting pretty at 52 meters, and I’m counting it as a future world wonder (which means it’s one I’ve got on ya, Sophie!)

National Memorial Chorten – Thimphu’s iconic stupa built in 1974 to commemorate the third king of Bhutan (they are currently on their fifth king to give you some context)
[imagine picture here, it was crazy dark so nothing turned out!]
Just from first impressions of Bhutan, everyone is already infatuated. The country is infused with Buddhism – and not that half-assed Thai Buddhism, but the real full-blown out Buddhism. [opinions of Pema, our tour guide! do not intend to offend anyone!]. To explain the difference between the two, he described Thai Buddhism as a small car while Bhutanese Buddhism is like Daisy (our monster truck, if you forgot). You see, Buddhism is in all aspects of their lives. Their entire lifestyle is based on the values and principles of their faith. And in my humble opinion, their faith takes the best parts of religion and never strays from them. The kings all seem to have the country’s best interest at heart. The previous king stepped down to let his son rule and shifted the country from a monarchy to a constitutional monarchy despite protests from the people. You can tell how much they admire their king and I agree that the people seem to have been in luck to have such well-intentioned leaders. I’m curious to know how many of you knew this, but the country measures success a little differently. One of the kings (don’t ask me which! too many history lessons muddled up my brain!) decided to ignore GDP and instead focus on the happiness of its citizens. He coined the term the Gross National Happiness and sends out annual surveys to villages across the country to measure how happy their people truly are. This is a great example of how Buddhism impacts the decisions being made, even at the highest level. And by experiencing everything we have so far, none of us are surprised at the high levels of happiness reported each year. You can tell how satisfied the people are with their government and their lives. So far the only negative we’ve heard is the high unemployment rate, but the government is working towards solving the solution and holding politicians accountable for their promises.
I could keep going but I won’t for your sake… and mine! I’m already three big days behind on this thing. I’m sure my future post(s) about Bhutan will continue to revere this majestic place. While it may not be the happiest capital in the world, I still loved visiting Thimphu. If only we could have had more time there!
Lots of love,
Lena